This Yamaha LS9-32 Mixing Console is in good working condition.

The LS9 series consoles follow in the distinguished footsteps of the Yamaha PM1D, PM5D, and M7CL, expanding Yamaha's digital mixing console lineup for live sound and installations. The LS9 series consists of the 32-mic/line input 64-channel LS9-32, and the 16-mic/line input 32 channel LS9-16. While being compact and light enough for one person to move and set up easily, both models include features that have been field-proven in previous Yamaha digital consoles as well as outstanding sonic quality. In addition to an extensive range of gating, compression, and equalization capabilities, there's also a built-in USB memory recorder/player for recording or BGM playback, and other functionality that give you everything you need for small to medium scale live sound or installed applications in remarkably compact, all-in-one consoles.

Kiev's Olympic Stadium, which will host several international matches in next year's UEFA European Football Championship 2012, has had a top of the range L-ACOUSTICS K1 WST line source system installed as part of itspreparationsfor the tournament next summer.Vlad Voloshuk, coordinator of the Euro 2012 finals, invited top so...

Steve Miller was back on the concert trail once again this April, performing at a number of venues across the US alongside special guest Gregg Allman, in order to promote his newly released record Let Your Hair Down.Making a change from their usual L-ACOUSTICS V-DOSC system, the Steve Miller Band instead went for a full L-A... 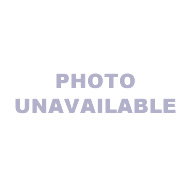 Adamson Project Energia on the Road with Duran Duran

Duran Duran's long time FOH engineer, Snake Newton, ran with Adamson's Project Energia for the bands recentNorth American tour. The 6 week tour was a build up for Duran Duran's "All You Need is Now" album due for release in early 2012. Energia Beta partner, Eighth Day Sound out of Cleveland, provided PA and the crew for a...

Introducing Figment DMX, the first handheld DMX control solution to bridge the gap between handheld DMX test equipment and full-sized desktop consoles.Figment DMX is a tool powerful enough to act as a remote focus tool, a designer's remote, a stand-alone console and a DMX troubleshooting tool, all while being extremely easy...