We have 2 new Panasonic PT-RQ32K with no previous use at all.
The projectors have been checked and serviced by our technicians.

The state-of-the-art D-Cube Art Center in Seoul, Korea, has been equipped with a top of the line XTi Architectural Series, comprising aK1 WST line source and XTi coaxial system in what is the first permanentinstalmentinside a K1 theatre system anywhere in the world.The 1,250 seat art center, situated in the futuristic D-Cub... 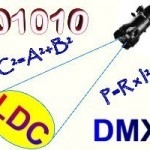 The LD Calculator is a small application dedicated to people who work in the lighting industry.It provide an array of tools to calculate an automated various daily task such as DMX addresses, current load, photometric and a lot more.

"Solaris had precisely what I needed and was able to communicate with me on all the details from equipment specs to shipping info. Equipment was delivered on time and as pictured on the website, very helpful and very easy to work with, and I would recommend the site to anyone interested in buying production equipment."