These ETC Source Four LED CYC Adapters were purchased new but were never used. They are in like new condition. 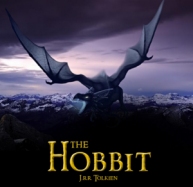 The lighting console operator, Reuben Morrison from the soon to be released film "The Hobbit" purchased MA Lighting Nodes from Solaris and recounts his experience of his purchase."I recently found Solaris very good to deal with when purchasing some used MA nodes for use on "The Hobbit" films here in Wellington, New Zealand.... 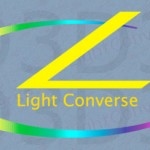 256 DMX fixtures 32 channels each12 groups fixtures assign.Parallel running of the 4 tracks (32 scenes each) in each group.Cycle, Rebound and Single modes of the scenes run.Manual positioning between scenes.Adjustable Time and Fade-OUT for each scene.Extra tracks for all fixtures:DMX input (1 scene), Timecode (512 scenes), ...

It might've been damp and drizzly but that did little to dissuade more than 60,000 pop and opera lovers from heading down totheGreat Lawn at New York's Central Park earlier this month to catch a glimpse of Andrea Bocelli's free concert, which also featured performances by the Westminster Symphonic Choir, the New York Philha...