The LS9 series consoles follow in the distinguished footsteps of the Yamaha PM1D, PM5D, and M7CL, expanding Yamaha's digital mixing console lineup for live sound and installations. The LS9 series consists of the 32-mic/line input 64-channel LS9-32, and the 16-mic/line input 32 channel LS9-16. While being compact and light enough for one person to move and set up easily, both models include features that have been field-proven in previous Yamaha digital consoles as well as outstanding sonic quality. In addition to an extensive range of gating, compression, and equalization capabilities, there's also a built-in USB memory recorder/player for recording or BGM playback, and other functionality that give you everything you need for small to medium scale live sound or installed applications in remarkably compact, all-in-one consoles.

The fourth annual tour of the "How Sweet the Sound" choir music celebration is once again benefiting from the high performance of the L-ACOUSTICS full K1 system, which is being used throughout its quest to find the best church choir in the United States.How Sweet the Sound is touring nine US Cities this year, and in each of... 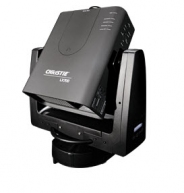 The UK has seen its first permanent installation of an L-ACOUSTICS KARAi modular WST line source system, which was fitted at the 2,000 capacity Jesus House church in North London.The church, which belongs to the Redeemed Christian Church of God, provided an interesting challenge for installation technicians. Techies chose t... 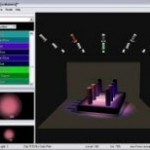 With a fully rendered 3D view of a simulated stage and lighting grid, you can experiment with the color and intensity of virtual lights. You can see how different color choices and intensities mix and how different angles highlight onstage objects. You can also choose a number of different types of objects to focus the inst...