Used as a demo product. It has never been sold, installed or used. Brand new, no scratches. 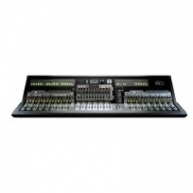