Dual flightcase.
we have 3 single flightcases if thats preferred.

The Life Church of Memphis

"Solaris has been incredible through out our used lighting purchase. They had great communication when buying, and even better when we had issues with our purchases. The Solaris Network was a great choice when shopping for used equipment, I would use them again without a second thought."http://www.solarisnetwork.com/content...

Artist is a multi role lighting and show controller and is the next generation system to ShowCAD, a controller that has become a standard for the nightclub industry.ShowCAD's flexibility has also enabled it to be installed in many AV, architectural, theatrical, theme park, TV and film applications. Artist now pushes the env... 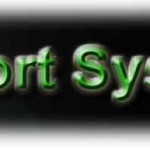 Sandeep Dhawan, Technical Director of Dhawan Stagecrafts Pvt. Ltd. recently purchased an Adamson Systems Engineering Y10 line array system from Solaris. Working on a tight deadline Solaris was able to use it's vast knowledge of international shipping to get his system to him just in time for his show."Let me first THANK YOU...