Barco Encore modular, scalable, multi-destination presentation system, up to six destinations, SDI, DVI, RGB inputs.
This Encore system is in great condition. Each VP has been fully tested and is fully operational. These were used in corporate A/V and trade show operations. Lightly used and coming from a smoke (and fog machine) free environment. The ports are in very good shape, especially the DVI connections. These VP’s have been taken out of service (due to upgrading systems) and are in our shop ready to be shipped as soon as possible. My need some compressed air for dust on the fans/boards, but other then that is in great condition. Will be willing to take more photos at the buyer’s request. 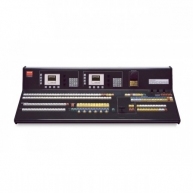