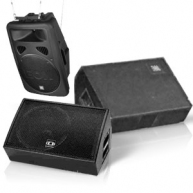 P723 - Used on an installation. Comes with a 8 day warranty.