Previously used in a church installation. Cleaned, maintained, and tested by authorized technicians. 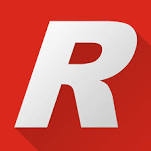 Ross Video offers breakthrough pricing on their CrossOver and Carbonite Production Switchers effective September 2013
Georgian Public Broadcaster (GPB) selects Ross Video for live coverage of the general Georgian Election in Tbilisi, Georgia
Today Ross Video announces significant price reductions for the CrossOver 12 and CrossOver 16 compact production switcher models
More CrossOver news...
CrossOver Overview
This product has reached EOP status.
Information on its replacement, Carbonite Black Solo, can be fround here: www.rossvideo.com/Carbonite-black-solo.
With the level of functional sophistication offered by CrossOver, there is no need to compromise on production functionality and quality. A space constrained working environment or a limited operational budget should not lead you to lower your production standards or expectations. Similarly, a need for rugged mobility or operational longevity should not require a massive capital investment. CrossOver production switchers are a budget sensitive Solution that offers broadcast-quality live production in a durable, space conscious platform.
At Ross, production switchers are our passion. We have been making them since 1974 and they are at the CORE of our business. Our goal with CrossOver is to provide a small footprint yet professional grade production system at a budget sensitive price. The result is an affordable, compact and powerful switcher loaded with the high value features that are required to provide quality productions. The CrossOver series features the same tough components and comprehensive design philosophy that goes into our Premiere Vision product line. CrossOver enables the creation of sophisticated, professional grade broadcasts in a compact package.
Easy to Use, Powerful Features
All models of CrossOver feature a breadth of capabilities that make these switchers unique in their class. Ross dedicates a great deal of effort in ensuring that our products enable a significant level of operational control. Of primary concern when designing CrossOver was its ease of use. Starting with the use of large, back lit buttons and Panel Glow for increased operator accuracy, through to the placement of frequently used buttons, CrossOver provides intuitive panel ergonomics and production efficiencies. Not only can you rapidly execute a variety of wipe patterns and memory recalls in just a few pushes, the implementation of a rapid, auto-follow menu system also means that you don't need to memorize menu hierarchies in order to fine tune your actions. No time or effort is wasted navigating through the panel to see and get what you want.
A simple turn of a knob will apply a border, adjust softness and activate multiplication and rotation to create your own unique look.
Big Switcher Feel
CrossOver presents a small 1 ME control panel and the feel of a much larger switcher. Contributing to the power and ease of use of CrossOver are attributes such as true next transition style operation and the effortless ability to perform full previews on any keyer. Imaginative and dramatic productions facilitated by:
10 input multi-viewer
Dual animation and still stores with alpha
MemoryAI recall to preview
Color wash generator
Two channels of 2D DVEs
Ten handy transition patterns including
professional circle wipes
angle rotations
UltraChrome