The units were purchased between 2/24/16 to 3/8/2016 and are in excellent condition. The units have been used for various rentals and in-house productions. 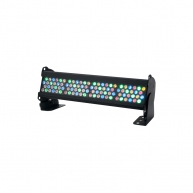