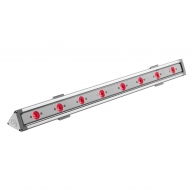 FREELINE is a powerful LED bar in a very compact size.