The new Chroma-Q? Plus colour changer builds on the great success of the Original colour changer and adds new, advanced features, while maintaining the affordable price.With over 30,000 units sold worldwide, the Original's industry proven... 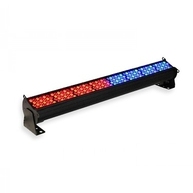 The new Chroma-Qâ?˘ Plus colour changer builds on the great success of the Original colour changer and adds new, advanced features, while maintaining the affordable price. With over 30,000 units sold worldwide, the Original's industry proven performance and reliability is combined in the Chroma-Qâ?˘ Plus with new electronic features, increased capacity and other enhancements - providing even greater flexibility and usability.