Very few scratches. Use on a few corporate events. 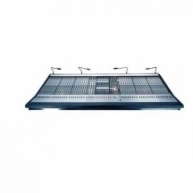