These units have been refurbished, cleaned, maintained, and tested by Martin. These units come with a 30 day parts warranty.
Units are from 2012-2014 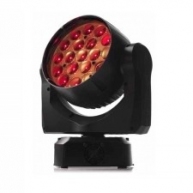