Previously used on various rentals. Cleaned, maintained, and tested by authorized technicians.
SOLD IN PAIRS ONLY

Founded in 1984, at Guangzhou, China, PR Lighting Ltd. has been dedicated to R&D and manufacture of professional, intelligent stage lighting, architectural lighting and LED products. After its positive evolution during the past 20 years time, the... 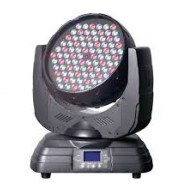 Founded in 1984, at Guangzhou, China, PR Lighting Ltd. has been dedicated to R&D and manufacture of professional, intelligent stage lighting, architectural lighting and LED products. After its positive evolution during the past 20 years time, the company has now pioneered in China lighting industry, and earned a solid reputation for its own brand all over the world.