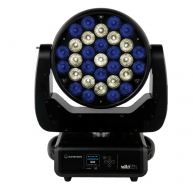 Wildsun500C - Corporate use only. 3 Month Parts and Labor Warranty.