Previously used in various corporate events. Cleaned and maintained by in house technicians. 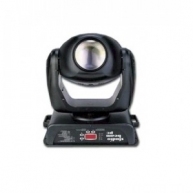