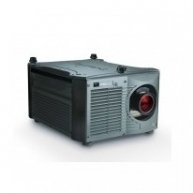 Christie Roadster S+16K - easy to install, easy to use, easy to maintain.