This DLP projector was used exclusively in a climate controlled enclosure to show movie nights once or twice a week. This has never been used for mobile or rental purposes. HDSDI is one of the many input sources
Resolution is 2048x1080 and 30,000 lumens 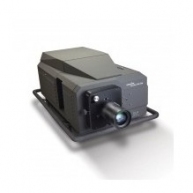