Featured & Other Drivers and Horns 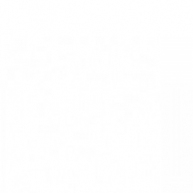 A single 18" transducer produces solid low end reproduction. High frequency is provided by a 2" Compression Driver attached to a 60 x 40 constant-directivity horn, which may be rotated for several coverage options. An independently loaded midrange transducer is augmented through the DBM System.


The Directional Baffle Midrange System? is not a conventional horn, but an extension of the conical shape of the twelve-inch midrange transducer. The R-4 is thus able to achieve high intelligibility ("Q") without the harshness inherent in traditional horn-loaded systems. With the introduction of this system, the R-4 delivers improved overall response, requiring no additional low frequency reinforcement. The result is smooth, transparent reproduction of speech and music program material.

Constructed of Baltic Birch, the cabinet Stands up to the requirements of any professional audio application. Notched extruded aluminum corners provide rigging and dolly caster support as well as added protection against corner abrasions.

Drivers and horns refer to loudspeakers that employ a horn to boost the speaker driver elementâ??s efficiency. The â??speaker hornâ?? is basically a kind of electromagnetically driven diaphragm. The horn used in drivers and horns doesnâ??t actually do anything to enhance or amplify sound coming from the cabinet driver itself â?? it is passive. All it does is to give the coupling efficiency between the air and the speaker driver a boost. Drivers and horns essentially serve to match the impedance between the low density of outside air and the high density of the speaker horn diaphragm. Drivers and horns are perhaps best put to use in concerts and PA systems, where sound reinforcement is needed. This can be provided by the high sound pressure that drivers and horns produce, although the soundâ??s fidelity may be compromised when they are employed. Cabinet horn loudspeakers are also popular in concert venues, as they are able to reproduce high volume bass sounds. In concert venues, drivers and horns are commonly called a bass driver, or a tweeter, and are employed so that the bass is not just heard but also â??feltâ?? by the audience. Multiple drivers and horns cab be combined into an array to boost the sound pressure even further, and this is more preferable than using a single horn that has a larger â??mouthâ?? area, as an array such as this affords greater output power. Drivers and horns have other, more specialized uses. They can be used to extend a speaker driverâ??s low frequency limit, and they are able to modify a sound waveâ??s directional characteristics at both the horizontal coverage angle and the vertical coverage angle, depending on the width and height of the horn.