Never toured. Only gentle indoor use (approx. 200-300 hours use). Dual flight cases available upon request at extra charge. All in mint condition. 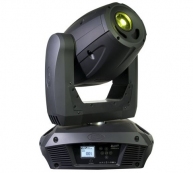 Platinum-Spot-5R - Comes with a 1 month warranty. Used on corporate events.