Martin MAXXYZ consoles for sale. Has all the latest available software and hardware upgrades . Desks are in Very Good Condition as the pictures show and come with cases, monitor stands, LED littlelites, etc. They were purchased new in 5/04. 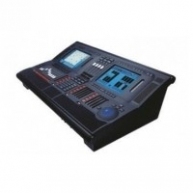