Mac III Performance in single flightcase and complete with two omega-brackets and safety. The MAC III Performance™ is a flexible, high-output profile moving head with a interleaved framing system with full cross - over of each blade and continuous rotation for new and unlimited projection, framing and effects possibilities. 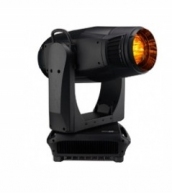