Previously used on an corporate events. Cleaned, maintained, and tested by staff technicians. 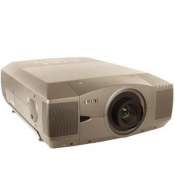