iFlex Wash in great condition. Used in various rentals and maintained by in house technicians. 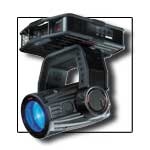 iWash Flex is ideal for lighting the grandest of venues.Its power can readily be appreciated in applications where traditional moving head projectors simply have insufficient power to do the job properly.With variable luminous output of between 800W and 2000W ,the iWash Flex produces infinite colours.The beam angle is adjustable via proportional zooming and the patented system of internal 4 leaf barndoors. Add to this electronic ??zap strobing,,electronic dimming and interchangeable lenses and you have sampled only some of features this luminaire has to offer.