Used on various corporate events. Maintained by in house technicians. 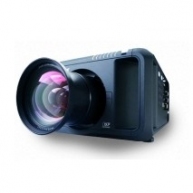