75 Inch screen displays used for digital signage. These were used for an installation for only 90 days running at 16 hours per day. 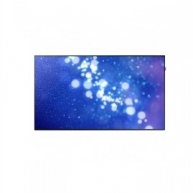