Used only a few times on various events. Cleaned, maintained and tested by authorized technicians.
Less than 30 working hours at time of listings.

With the CORE series, we now offer conventional and multifunctional spotlight for both the classic (Core Classic) range, and selected equipment for the professional and entertainment area (COREpro) .Of particular interest are the fixtures... 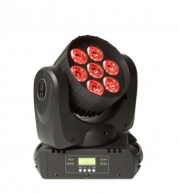 With the CORE series, we now offer conventional and multifunctional spotlight for both the classic (Core Classic) range, and selected equipment for the professional and entertainment area (COREpro) . Of particular interest are the fixtures currently offered in the Stinger and the Cougar series.