From Robe and are in excellent working condition. Will be fully serviced before they ship. Units include single flight cases. 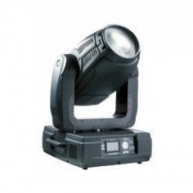 The ColorWash 1200E AT is a powerful moving head wash light that comes complete with a CMY color mixing system; variable CTO; 2 colour wheels - each with 6 easily replaceable slots for colors and effects; a combined dimmer/shutter and many more features. The ColorWash 1200E AT zoom has a range of 10 - 87deg depending on the lens type used. The electronic ballast enables features like flicker-free operation, extended lamp life and power-saving mode. The large LCD display - highly successful on Robe's ColorSpot 1200 AT profile fixture, makes the operation of the ColorWash 1200E AT quick and easy. An Ethernet connection offers additional connectability. The ColorWash 1200E AT is an ideal tool for large theatres, television and live shows, and for all types of installations from multi-purpose venues to large clubs.