These units are in good condition, and include dual case. 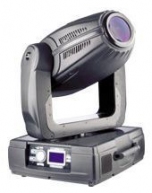