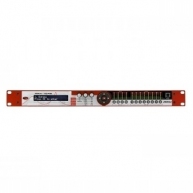 Processor units, often simply known as a DSP audio processor, are a sound-processing device that alters the sound of auditory signals. The processing of the audio signals may be either digital or analog. The analog processing involves the direct operation of the electrical signal while the digital processing involves the mathematical operation on the digital representation of the audio signal. The audio signals are typically known as sound waves that are transmitted through the air. These sound waves are measured in decibels or bels. These audio signals need processor units especially in radio broadcasting because the processor units link the transmitter with the rest of the sound system devices. There are various methods involved in the processing of both analog and digital signals. These include the following: storage, compression, transmission, equalization, noise cancellation, enhancement, level compression, echo, filtering and many more. Analog processing is the physical alteration of the uninterrupted signal by modifying the voltage, the current or the charge with the use of electrical means. In earlier times, analog processing was the only method being used to modify signals before digital technology came into existence. With the evolution of computers and software, digital sound processing became the alternative to analog processing. The digital processor units use digital circuits like the microprocessors and computers to process audio signals. Digital processing deals with sound waves represented by binary numbers and deals with the sequence of these numbers. Nowadays, audio systems typically use the digital processing method because it is more powerful and proficient compared to analog signal processing.