While Apple Macs have been at the vanguard of creative industries such as recorded music and graphic design for many years, it is only in comparatively recent times that the technology for controlling live mixing consoles via computer has been widely used - and thats been mainly with Windows-based machines.

Now, however, users are increasingly using Macs for system control, so Yamaha has developed the new software packages to complement the already-available PM5D Editor software.

Being shown on Yamahas stand 1-G31, M7CL V3 Editor V3.0.5 and LS9 Editor V2.1.3 can control virtually every parameter of their respective consoles. Both are run from within the latest version of Studio Manager V2 Host (V2.3.3), which provides unparalleled flexibility, allowing the user to control several separate Yamaha consoles, both online and offline, simultaneously from within the same environment.

Remarkably, this is all available at no cost to the user, the software being downloadable for free from Yamahas web site.

We put a great deal of work into delivering what our users want and there was clear and significant demand for OSX versions to complement the Windows versions of our editor software, says Karl Christmas, Deputy General Manager of Yamaha Commercial Audio (UK).

We believe that our software control options are unique in the industry, as they offer unrivalled flexibility from within the Studio Manager host. For example, a production using cascaded consoles at front of house and a different one on Monitors can all be controlled from the same computer screen at once, with any or all of them either on or offline at any time.

The new OSX packages, together with Studio Manager V2 Host and all of Yamahas control software options for both platforms, can be downloaded now from http://www.yamahaproaudio.com/downloads/

Since 1887, when it began producing reed organs, the Yamaha Corporation in Japan (then Nippon Gakki Co., Ltd.) has grown to become the world's largest manufacturer of a full line of musical instruments, and a leading producer of audio/visual... 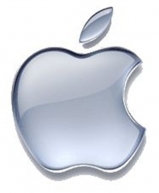 In 1993 Martin Professional began development of Mach Speakers and challenged the new division to create a range of top quality sound reinforcement systems for the professional audio industry. Since their introduction unsurpassed quality,...