Grand-Master Flash! is a Virtual Lighting Console which runs on a PC and outputs DMX512 through either the DMX-Dongle II or any Art-Net Ethernet product such as Net-Lynx O/P.
Please consult the Product Selector for information on the DMX512 output devices that can be used with Grand-Master Flash!
The screen picture below shows the topographic stage layout which is used for both conventional and moving lamps.
Grand-Master Flash! features a sophisticated and fully editable lamp library.
The main stage screen operates as both a lamp selector and an animated stage mimic.
A total of 2048 lamps using up to 2048 channels on 12 simultaneous submasters make Grand-Master Flash! perfect for Industrial, Architectural, Broadcast, Theme Park, Museums and Theatre.
Version V4 is now shipping. New features include:
100 channel version. You can now choose whether to purchase the full 2048 channel version or the lower cost 100 channel version.
A sophisticated Effects Engine has been added, allowing complex pattern programming such as spiral move fades.
Preprogrammed Effects can be downloaded.
A large range of Lamp Definitions can be downloaded.
The output options have been expanded to include Ethernet output. This allows a wider choice of output devices.
Each submaster now has In-Fade and Out-Fade buttons.
Improved editing facilities now allow channels to be instantly masked in a range of memories or sequences.
Stack playback now includes the ability to program nested loops of steps.
Mouse movement and wheel can now be used to control lamp attributes
. Undo facility added.
Submasters can now be ganged together for complex changes.
The memory usage and load time have significantly reduced.
A 'Snapper' toolbar has been added which gives instant access to ltp playback.
An improved registration system now allows users to download the demonstration version and then purchase an unlock key.
Go to the Download Page for demo software.
If you already own a DMX-Dongle II or Vision 500, you can save 10% of the cost by downloading the Internet version of Grand-Master Flash! We will then email a PIN number to you. 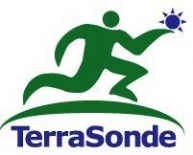 If you need to lift it, lower it, move it or pull it around we have the perfect Thern product for you. At this moment, there are thousands of our cranes, davits, and winches working smoothly and efficiently in plants of every description. These...